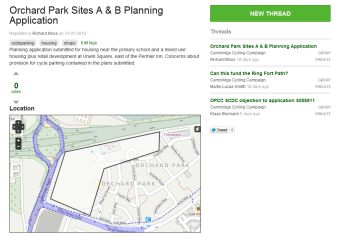 About three weeks ago we opened up Cyclescape to a test group, Cambridge. Their Committee have been using the system instead of the e-mail list they used to use.

On the right, you can see a planning application being discussed, with the location of the site marked out, and a list of the discussions.

In this three-week period there have been:

Although there are unfinished areas (which have caused some user confusion) and some missing features, the testing has given us plenty of useful feedback, which we’re working through before we open up the system for wider use. 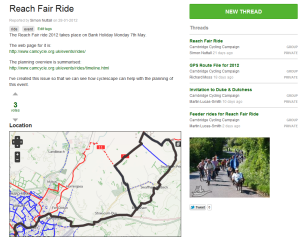 How are people using the system?

"The use of maps at the centre of Cyclescape illustrates the point that if a picture is worth a thousand words, so is a map.  The maps really facilitate sharing issues and solutions to them. They also mean that you can easily filter which topics are relevant to where you work or live.

Cyclescape is also a big advance on email lists in the way in which threads can be followed and documents stored for future use in an easy to find location." 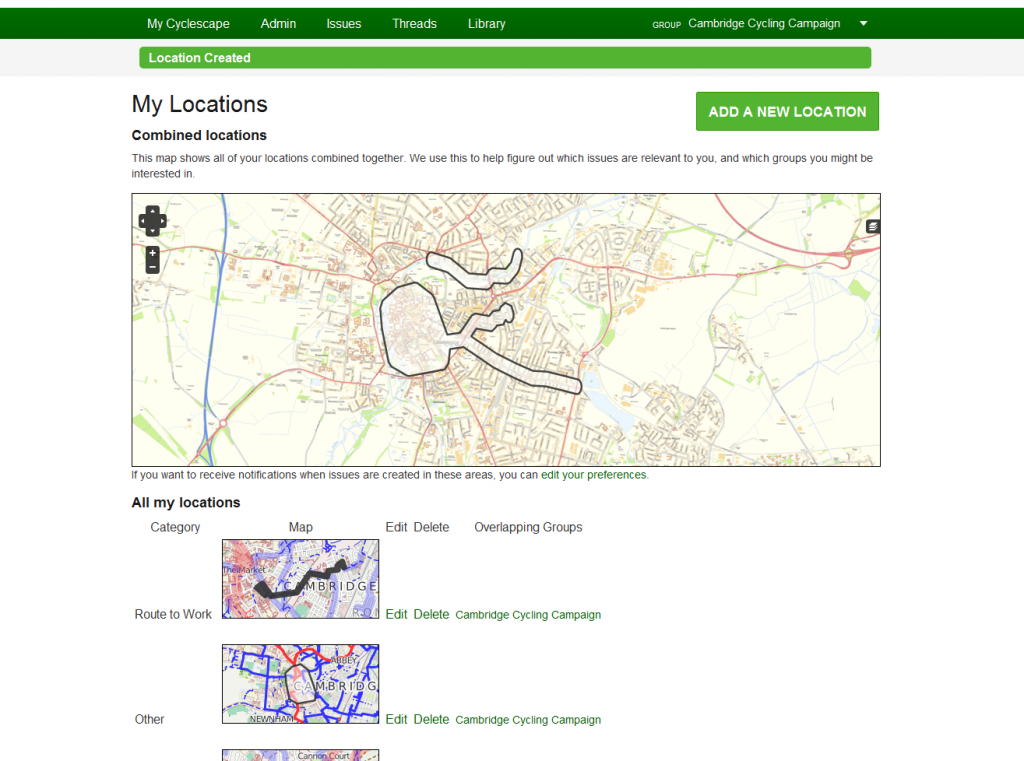 We’ve seen discussions on, for instance: 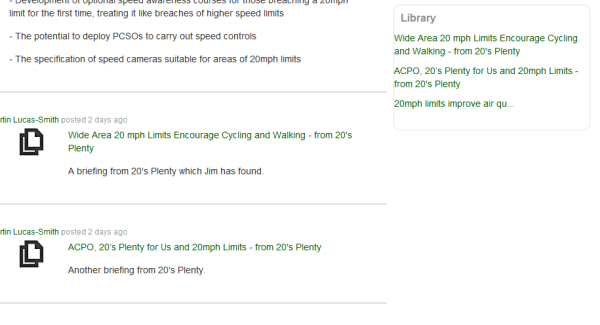 Items from the library (here 20mph guidance) have been automatically matched, and a user has added some to the discussion

There are signs that the ability for people to subscribe only to things they’re interested in, based on geographical location(s), should work well – so that people can be involved in things they care about – but not overwhelmed with issues.

We’ve seen some confusion over the difference between ‘issues’ (problems) and ‘threads’ (discussions of those issues), which further interface work will address.

Some of the key themes, on things we need to fix, are: 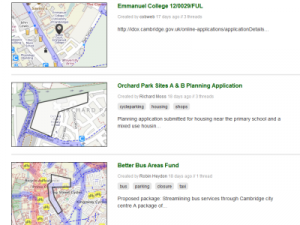 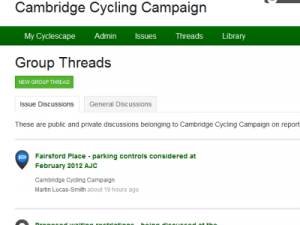 Some of the areas are quite Cambridge-specific, partly dealing with the unusually heavy level of correspondence and involvement that the Cambridge group has. Others, as shown above are more generic.

An example problem that we need to fix - city-wide issues are overlapping and obscuring others, so a fundamentally different approach for city-wide issues might be needed, e.g. a separate listing screen or maybe a button to show these: 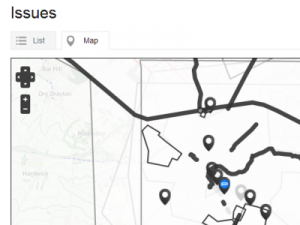 We’ve also done some individual usability testing, which has thrown up 35 actionable issues. Around half of these were things known about and planned to be fixed, but the others provided useful insight. 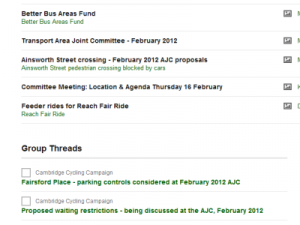 We’re busy working on fixes for the above, as well as creating more guidance on installing the system for coders who want to get involved. Technical people can watch progress in our Github repository.

Stay tuned to the blog in the coming month as we talk about the latest changes and showcase the system’s features. We’re working as fast as we can, within the available funds, to get the system ready for wider use!